Also known as Services Selection Board. SSB is basically the Personality and Intelligence Interview spread over 5 Days which scientifically analyses each candidate's potential and compatibility for commission into Indian Armed Forces In Victory Defence Academy SSB Classes are run under the guidance of SSB GURU-Devender Sangwan who himself was a GTO Officer with 19 SSB Board Army-(Badhra) and 2 AFSB Board of Air Force-(Mysore) and 4 AFSB Board of Indian Air Force (Varanasi).

The Schedule of the Classes is as below

Note: Lecturette and Group Discussions are Done Every Day

Want to Take admission in this course? Request Call Back To Get Fee Details
Click Here

If you want to make your career in Defence 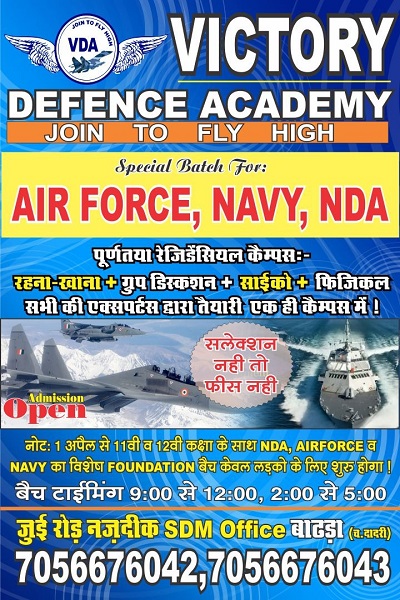